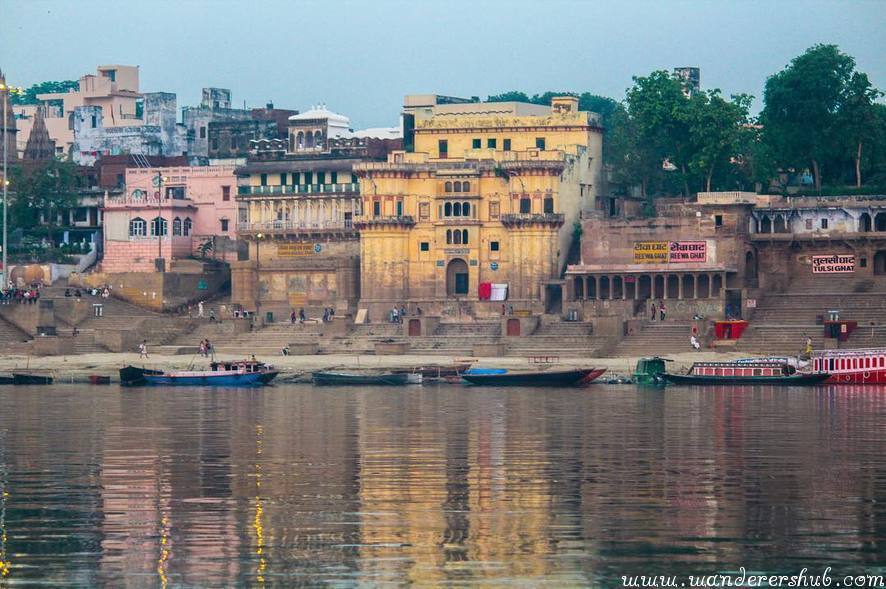 Varanasi Experiences: City at a Glance

Chaotic, colorful, and captivating – three words that would rightly sum up life in Varanasi.

Varanasi has changed drastically over the years. But there are still parts of the city where the juxtaposition of old meets new is palpable. On our recent visit to the Holy city of ‘Varanasi’, also known as Kashi and Banaras, we were able to find out why this famed city is on every traveler’s bucket list and how it has that capacity to seduce the most skeptical of minds. There is so much to see and so many Varanasi India Points of Interest.

Let’s talk about the overall city analysis before we go ahead with the itinerary plans and things to do in Varanasi. Yes, this city deserves all the limelight!

What we came across in Varanasi was more than just people, more than just faces willing to be seen, voices waiting to be heard, stories begging to be read. Every person in Varanasi had an aura about them- from the busy bees to those just spending time in solitude, overlooking the ghats. There were various Varanasi India Points of Interest.

What struck us the most about people in Varanasi was not the diversity of their experiences – their city has sure been through its fair share – in the holy city, but the ways in which they added their own flavor to their tales. Unsurprisingly, we still met a myriad of the warmest smiles and welcoming embraces we’d ever come across – a wanderer’s luxury!

Our project of delving into the stories people had to tell was rewarding beyond our expectations. As we heard from them, we couldn’t help but notice how every tiny detail – the wrinkles in their faces, the youth in their smile, the sun shining warmly on their faces, their tired eyes – came to us unfiltered, raw.

And yet it came with a hope to make the most of their journey. It was truly rewarding, not just for the experience, but for the glimpse of what it truly meant to be human that it gave us. 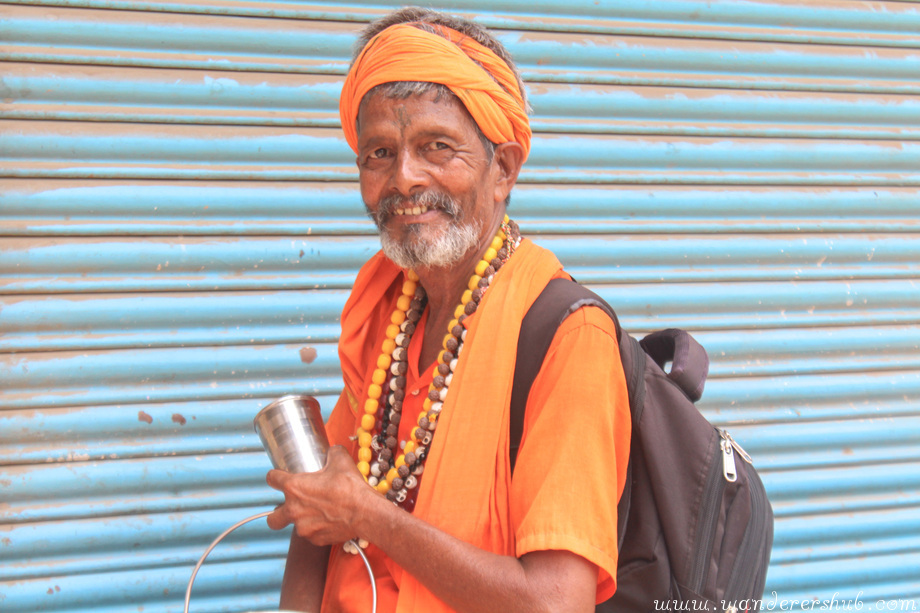 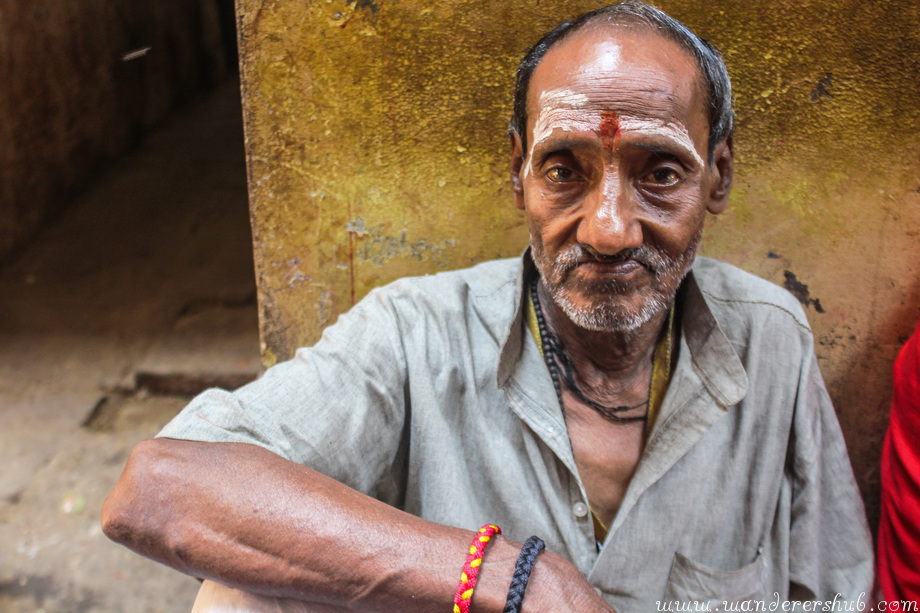 Each and every face speaks a story waiting to be heard 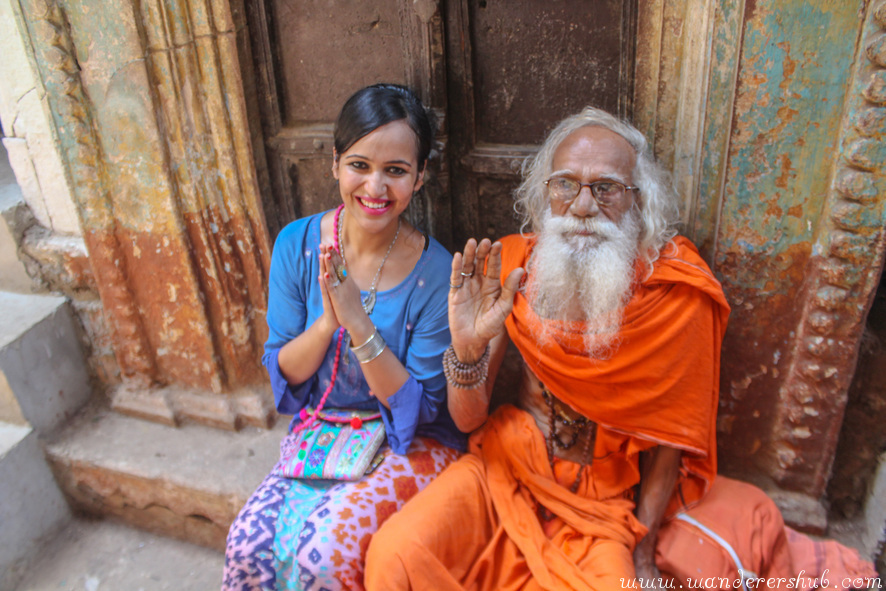 Sadhus at every step of the way towards the ghats

The juncture at which civilization meets nature is a seamless blend of all things man made, yet so naturalized into landscapes that you can almost miss it! The ghats at Varanasi are a perfect example of this. Must feature on your Varanasi India Points of Interest.

Lit up and animated during the evening pooja, the ghats nevertheless retain a steady inflow of vivacious worshippers during the day. These pilgrim throng the ghats to take a dip and rid themselves of their bad deeds. The ghats in Varanasi have a unique character to themselves. 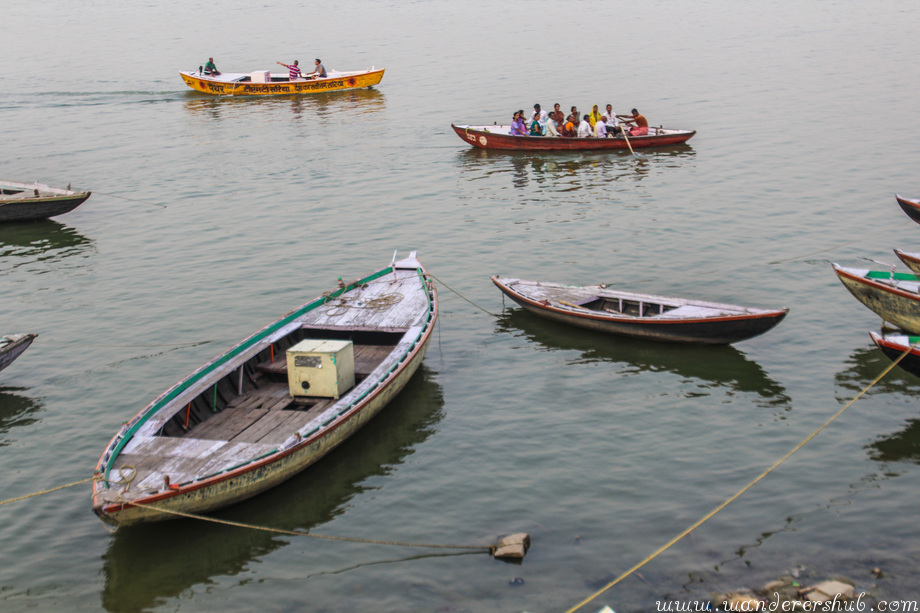 Life at the ghats is blissful 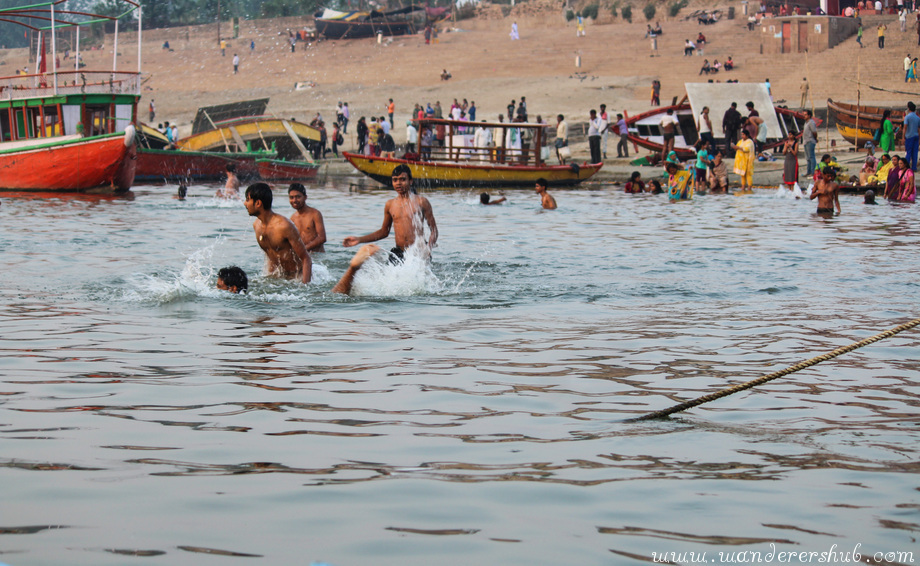 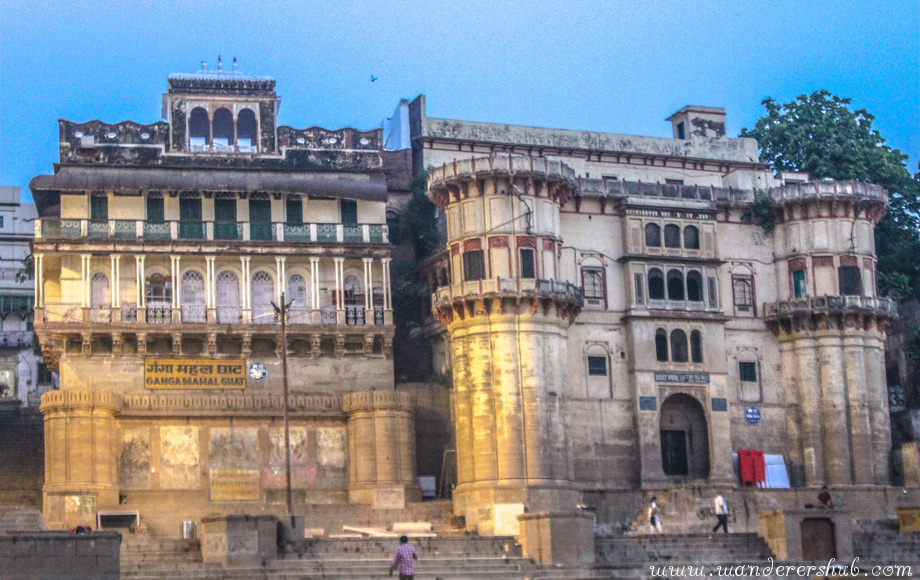 There’s something tranquil about the way the sun rises anywhere in the world. It’s the first ray of the sun that bestows life upon all that was hitherto languishing in darkness. And that is exactly the feeling you get if you witness the sun rise in Varanasi.

The rising sun, viewed in Varanasi, is an ephemeral ecstasy that only a few live to see. The rays of the sun carry so much life to the square inch, it made us privy to a well-kept secret of the universe – that we are insignificant before the magnificence of nature!

A much-preferred choice to view the marvel would be from the ghats, overlooking an idyllic horizon. The sun is a burning orange, and one cannot help but feel overpowered by the sensation of life it dispels.

Along with the rising sun, you’re sure to hear temples across the town ringing their bells and waking up the town with their chanting. 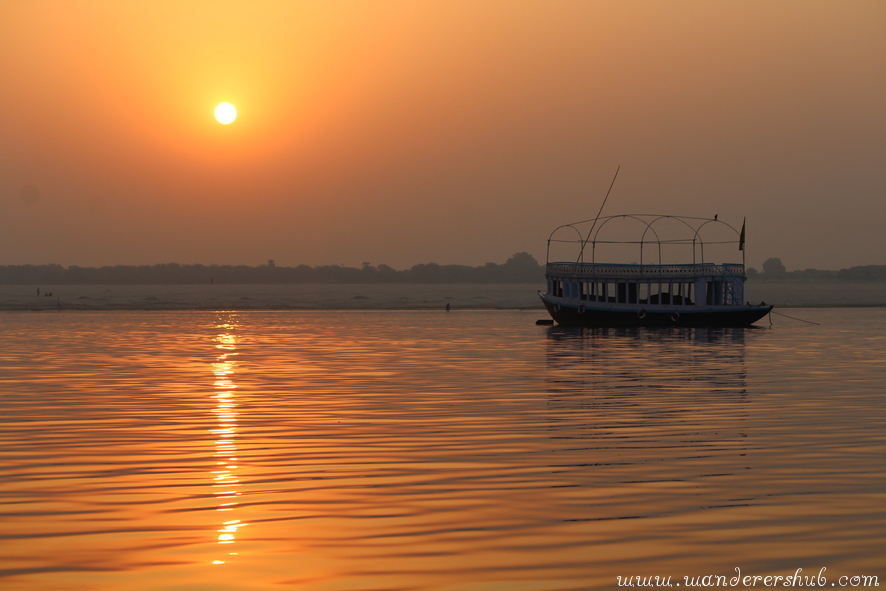 Experience sunrise in Varanasi – the mornings are blissful and quiet 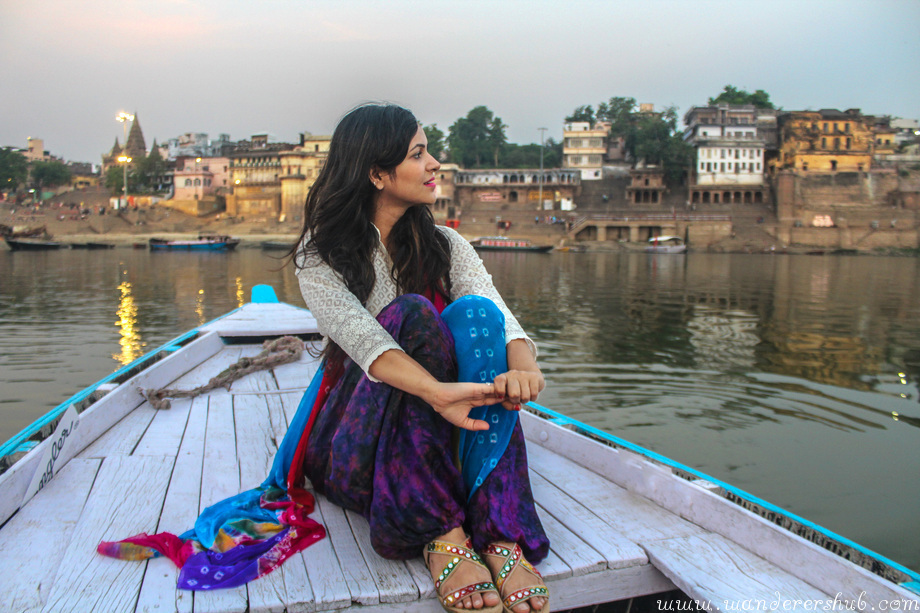 Magical mornings had my heart 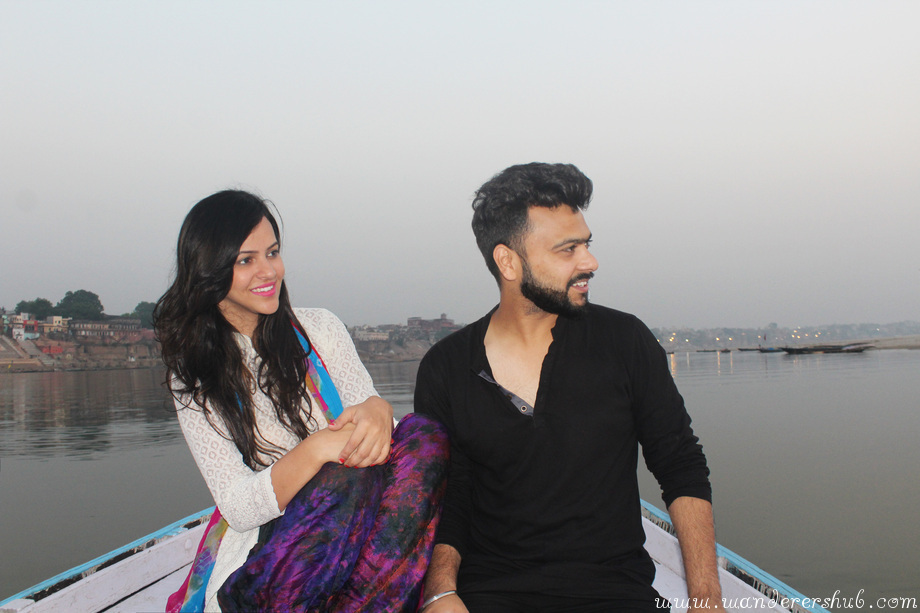 The effort was well worth the view

We also vlogged our early morning sunrise rendezvous in Varanasi. Check out the video.

The morning and evening pooja at Varanasi flows from an unshakeable faith in the divinity, and the euphoria replicated every day is proof of the imperishable essence of the daily prayer.

The flames radiating an almost-white iridescence here are considered the highest symbol of purity in Hinduism. It is only fit to be offered to the Hindu gods. 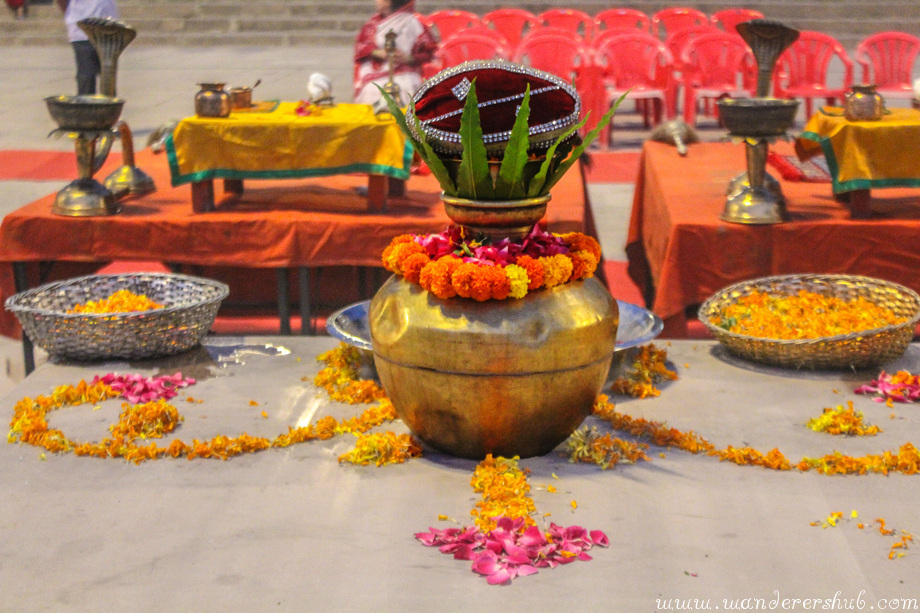 Morning aarti preparations by the ghats 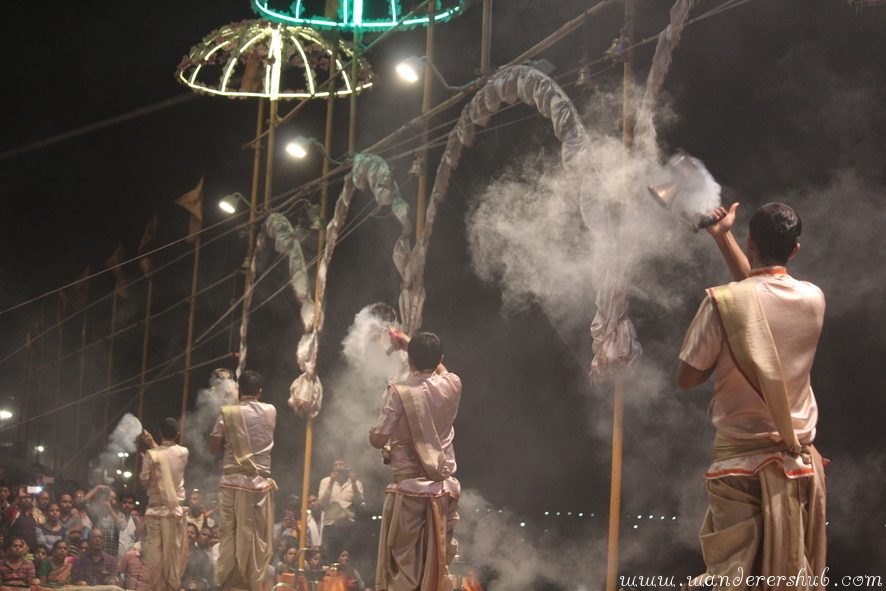 Aarti at the Varanasi ghats 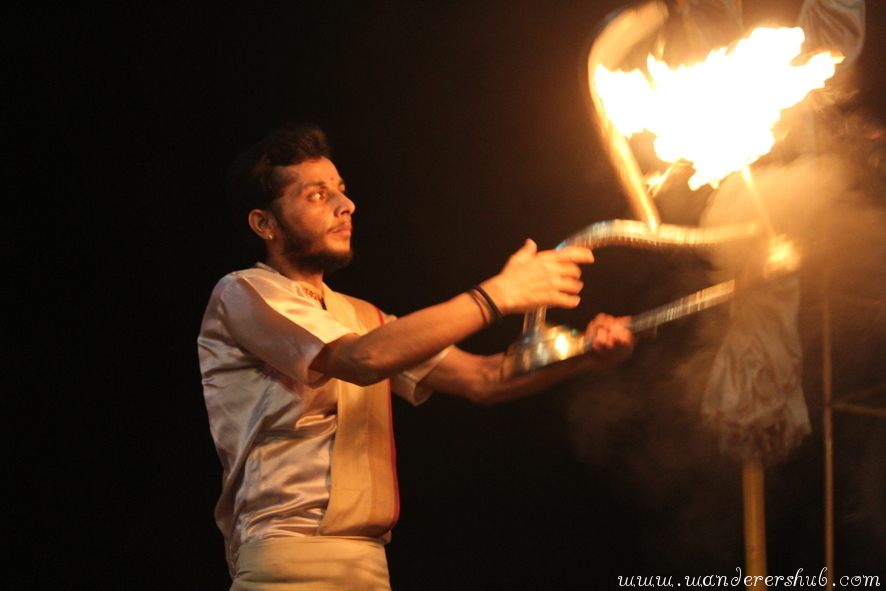 A languid walk through the serpentine alleys of Varanasi would introduce you to colorful and scintillating market scenes with major emphasis laid over the food.

Start your day with a morning cup of chai at the ‘Kashi Cafe’. Make your way through the chaotic lanes that take you to popular eateries and thandai shops. You got to drink Pomegranate lassi at the ‘Blue LassiWala’.

Make sure you save place for dessert – Banarasi Paan – this has it’s own mass following. A food tour is all you need to experience to get a taste of life in Varanasi. 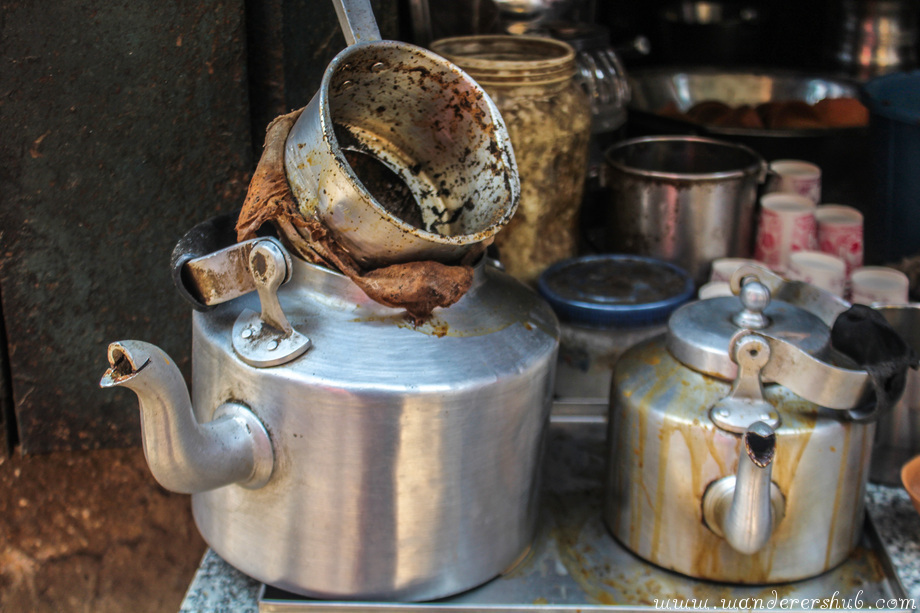 Start your day with cutting chai 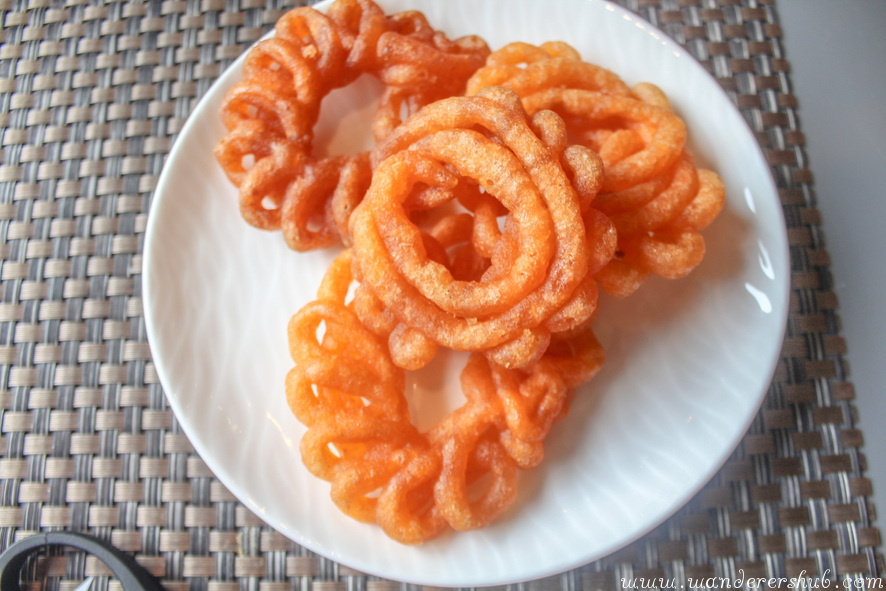 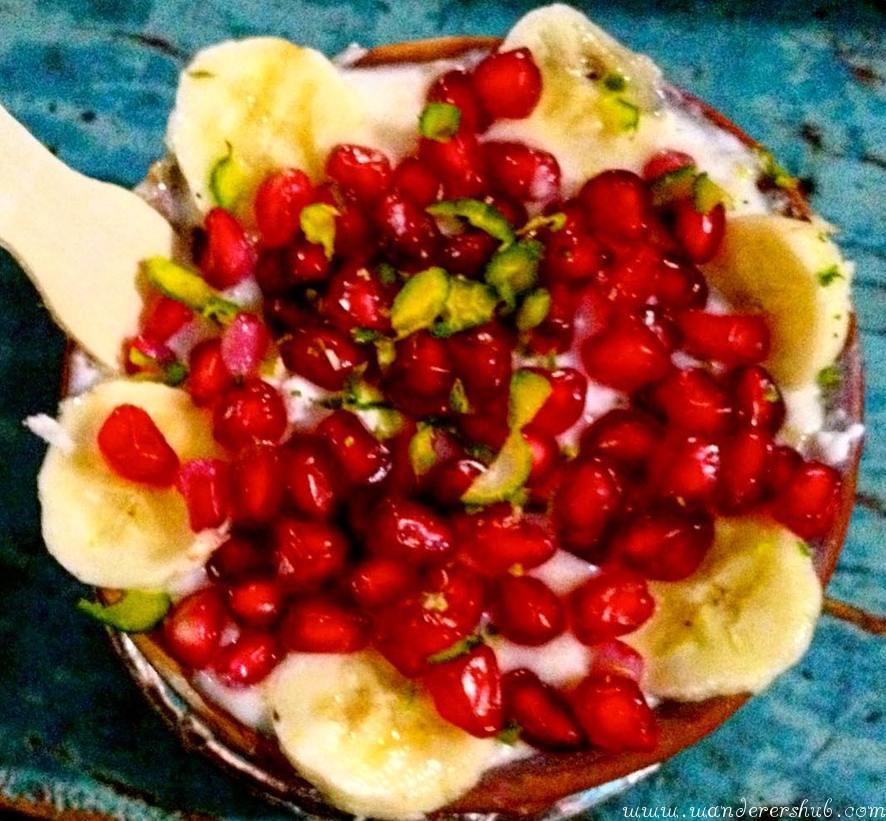 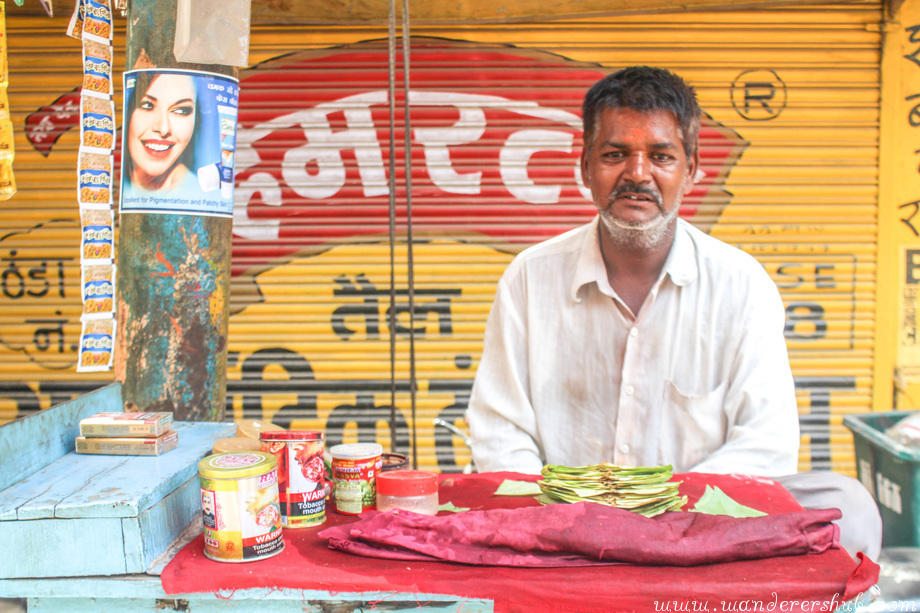 Packing for conservative countries? Make sure you check out our lookbook for a better idea about what to pack! 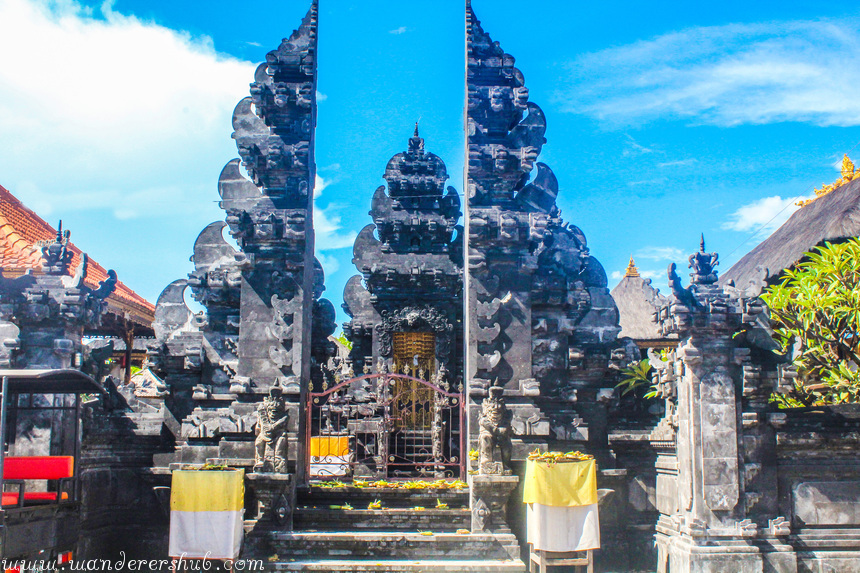 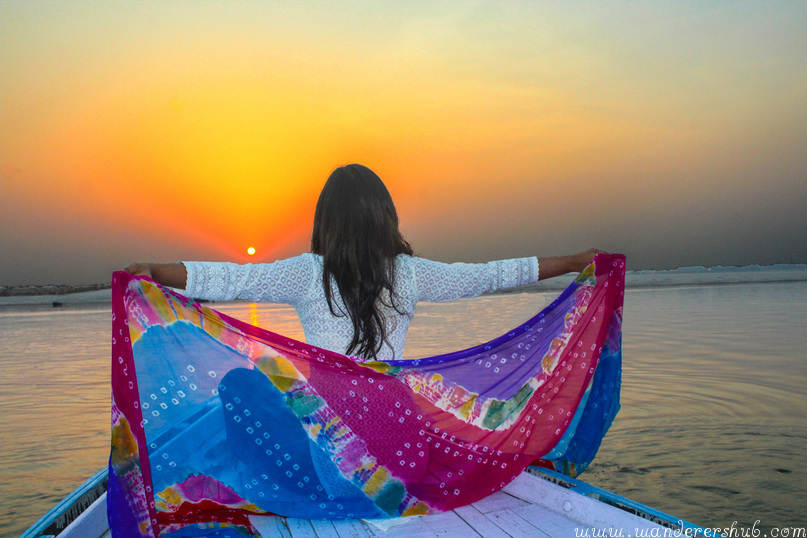