What can I expect from Finland?

From a dine out in a flavourful restaurant in Marketsquare, Helsinki to skiing at a resort in the slopes of Kuusamo, Finland has a lot to offer all time of the year. The best time for ski enthusiasts to visit is from December to March, when it’s winter in Finland. The most fascinating thing about skiing in Finland is that it has no mountains. There just are a lot of hills covered in snow for about half the year. Resorts offer skiing packages ranging from beginners and amateur snow sport fans extreme adrenaline hedonists who just love snow.

Being in Rovaniemi in late June takes you to a world of its own. There you can experience a unique, natural phenomenon called the Midnight Sun, where the sun stays above the horizon for the whole day! This means that unless it is overcast, you get sunlight even at midnight. Hiking at 12 AM sure is a story to tell for a lifetime.

Things to See and Do in Finland

The capital of Finland, Helsinki, could be the first place to start your Finnish week. Finland is actually well connected by trains, planes and ferries. Going by trains is the most convenient option for travelling between cities.

Helsinki is to the south of Finland, right beside the Gulf of Finland. If you enjoy beaches, Helsinki is a splendid place to have a drink along the shores of Hietaniemi Beach while you watch the sun go down. If museums and art are your thing then you should definitely head to the Design museum and the Finnish Museum of Photography. Military artefacts from the Second World War are displayed at the Military Museum’s Manage, which is an island fortress built in the 18th century!

The National Museum of Finland portrays Finnish culture and heritage meticulously and is a must-see attraction in Helsinki.

Most of the Finnish people follow the Evangelical Lutheran Church (viz. Protestants) and Helsinki Cathedral is one among the finest, completed in 1852. Uspensky Cathedral is another church in Helsinki following the Orthodox culture. The marvellous architecture and landscaping of Helsinki is a beauty of its own. There are some beautiful buildings adorning the Finnish skyline and some relaxing parks to fill out your evening. A day at the Linnanmäki Amusement Park and the Korkeasaari Zoo would be a day to remember.

Espoo is the second most populated city in Finland. It has the Nuuksio National Park, a great place for hiking or fishing. You can also rent a rowing boat and just row around in Nuuksio. The Haltia is an exhibition centre near Nuuksio documenting the activities of Finland’s 40 national parks and offers short hike trails and camping. Espoo also houses the largest museum in Finland, Espoo Museum of Modern Art and the largest indoor water theme park in all of the Nordic countries, the Serena Water Park.

Turku, located at around 170 kilometers from Helsinki, hosts a region called Finland Proper, supposed to have given the country its name. It was the former capital of Finland. The city exhibits rich history and culture, the best way to experience this beautiful culture is by walking or cycling along river Aura looking at museums and passing the Turku Cathedral and the Turku castle. The Turku Castle is a 13th century castle, built by Swedish conquerors in Finland and the Turku Cathedral is a Protestant church built in the 1300s. Foodies would also have a great time in Turku, as it is a restaurant city and has been called the “Food capital of Finland”. There are many restaurants along the river, Delhi Darbar and Ravintola Masala are restaurants serving Indian food.

You get to see a mind-blowing aerial view of the city of Tampere from the tallest freestanding structure in all of Finland, the Näsinneula observational tower. It is near the Särkänniemi amusement park. Spending some time on those awesome rides and then seeing the skyline of Tampere is totally worth it.

There is also a 26 meter observational tower in Pyynikki Park and they have cafes that make donuts with 80-year old recipes. You can literally know what a donut tasted like in the 1940s!

Museum Centre Vapriikki is a great museum that has the Finnish Museum of Games, a museum dedicated to Finnish games. If you like political museums, go to the Lenin Museum, the only surviving museum outside Russia, where Vladimir Lenin is said to have met Joseph Stalin for the very first time in person. The Amuri Museum of Workers’ Housing is also an interesting museum depicting the lifestyle of 19th and 20th century industrial workers. The Viikinsaari island, an island near Tampere, is a natural resort and is quite a popular ski destination in the winter. In the summer you get there by a ferry.

Also, don’t forget to sweat out your toxins in a sauna in Tampere, known to be the sauna capital of Finland. There are saunas operating from 1906.

Rovaniemi is the perfect winter destination in Finland and is home to Santa Claus village, a fun amusement park and a dream destination. They have reindeer and husky parks, snowmobile parks and offer a bunch of fun activities for all age groups. After all, Rovaniemi is the official town of Santa Claus! Winters are snow laden and the Northern Lights could be seen in the summers. Santa Claus Village is also the perfect place to ski in Rovaniemi. There are many organizations offering beginner ski trips.

The Arktikum is a museum dedicated to the northern culture and displays Arctic conditions in a profound way. You can watch the Northern Lights from the Arctic Garden, a glass tube on top of the exhibits in the Arktikum. There is also a theater where you can learn about the Northern Lights through 3d animations.

Levi, Lapland is also a great place for people willing to ski. There are said to be 3 slopes for expert skiers who want to experience black diamond slopes. You can also hop on an ice kart in Ice karting Levi and start racing after completing a few introductory tracks. Staying at glass igloos or the Northern Lights Ranch, would leave you stunned. They have rooms with see through roofs and looking at the star-filled sky as you drift to sleep is so relaxing. 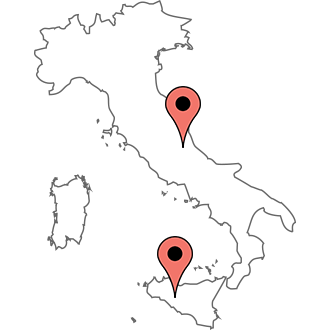