If you want to experience India in it’s rawest form, you must visit Uttar Pradesh once in your life. It is one state in India that has long been rooted in religious and social traditions and at the same time cultural taboos.

Being liberal Indians, we so wanted the stereotypes to prove wrong and our beliefs to be not validated. But in all honesty, no one can never get accustomed to the fact that women are still stigmatised in the society and never considered at par with men. Cue this: you are looked down upon in your own country for being a woman and more importantly, for being a liberal one!

Errr, we don’t take kindly to regressive ideologies and that is why our visit to Uttar Pradesh was more of a cultural shock. Perhaps, in retrospect, we must admit that we were prepared to experience the different flavour that Uttar Pradesh had in store for us. So despite all the social taboos, we have so many reasons to still love our visit to this culturally rich state.

It was a conscious decision to take a road trip from Delhi to Varanasi primarily because we both had a desire to explore Varanasi since a long time. We broke our journey in such a way that we got enough time to explore Vrindavan, Lucknow, and Varanasi – all three Uttar Pradesh cities on our road trip. Also, this was done in order to ensure that the drive wasn’t strenuous for either of us.

How to Spend 3 days in Varanasi

We wanted to start our journey late in the evening but due to safety reasons we started early next morning.

Technically you can easily drive the entire stretch from Delhi to Vrindavan along Yamuna Expressway in mere 3 hours, and then you would have the entire day to explore the chaotic lanes of the land of Lord Krishna.

Traveling time from Delhi to Vrindavan and further Agra has been considerably reduced ever since the development of Yamuna Expressway. This 6-lane highway is one of the super finest ones in India where you can speed up to 100km/hr in your car.
Tire bursts and accidents are quite common on this route so it is important to ensure that you don’t overspeed. Also, the best piece of advice we can give here is to always start early.

Once in Vrindavan, spend your days walking around the busy township, exploring alleyways dripped with history and don’t forget to savour all those scrumptious local delicacies it is famous for.
Thankfully there are a lot of experiential accommodation options available for visitors. A budget-friendly B & B is also recommended if you are staying for a short period of time.

Once we had explored Vrindavan to our hearts content, it was time to move towards the next stop – Lucknow. We had heard a lot about Lucknow and the famous chikankari work, and the city being the capital of Uttar Pradesh was always on our list.

We left for Lucknow early morning and took the Agra-Lucknow Expressway route.

We decided to take the Agra-Lucknow Expressway which is a superbly built tarmac road but is relatively new. That means, it not many people are aware about the route and hence you won’t find too many vehicles passing by.
As we did not have much idea about the Agra-Lucknow Expressway, it was quite a shock to find out that there were no amenities or eateries on the entire 4-hour stretch.
If you are preparing to drive on this route, make sure your car is well serviced and tanked up. There are no garages, no petrol pumps, and not even toll plazas on this route.
Make sure you’re carrying your snacks and enough water when traveling on this highway.
We’d advise you to strictly avoid driving on this highway post sunset.

On reaching Lucknow, you can stay in any rated hotel and explore the ‘Nawabo ka Shehar’ in 2-3 days. Food is an intrinsic part of Lucknow’s culture and the best part is you don’t have to spend too much money on sampling those delectable cuisines. Try out the tunday kebabs, mouth-watering biryani, and a variety of awadhi delicacies.
We stayed in Golden Tulip that is centrally located and close to all major tourist attractions of Lucknow.

The famed Rumi Darwaza in Lucknow

There’s something extremely mysterious about character of Varanasi that it makes you feel intoxicatingly alive.

It is unlike any other tourist attractions in Uttar Pradesh, India and a visit here can be more than enough to satisfy curiosities of a traveler.

Again, leave as early as possible for Varanasi and take the NH30 and NH19. Be warned, this route is not as swift and comfortable as the other two we took from Delhi to Vrindavan and further to Lucknow.
The road gets bumpy as you take the highway to Varanasi but on the plus side, it also exposes you to lush green fields. If you are not in a mood for adventure, we will highly suggest you to take a train to journey from Lucknow to Delhi.

Varanasi is a veritable haven of peace and divinity. Whether you wish to experience it all by giving on the ghats or keep a safe distance from all the chaos and indulge in celebratory experiences just in the evening, there are numerous accommodation options to suit your taste.
The narrow streets of the township are filled with interesting sights on each and every turn. Make sure you soak up the environment, talk to brightly clad yogis imparting spiritual knowledge, take part in a free yoga class, and gorge on exotic treats on offer almost everywhere.

When planning a trip to Uttar Pradesh, you need to prepare yourself well for unbearable annoyances like beggars, scam artists, and over demanding rickshaw drivers.

1. One major advise we would strongly give is to start early in the morning. Whether its about driving on any highway, going out for a leisurely walk outside hotel, or traveling within the state, do it before sunset. Avoid late night rendezvous anywhere in Uttar Pradesh. And try to accommodate everything well into your itinerary during the morning hours.

2. We hate to say this but in order to avoid being stared at, dress in nice conservative clothes. In fact we have written a complete article on it. You can read it here. More than that, dress up conservatively for yourself. Take our words – you’d love dolling up in those traditional, chic kurtas and boho pyjamas.

3. You can be hassled easily by shop owners and beggars when in Vrindvan ; in Varanasi, it’s no different. The boat drivers won’t leave a single opportunity to hassle you until you say yes to the boat ride. Make sure you settle down on the boat ride price before actually hopping onto one.

4. Politely decline any unwanted help. In fact don’t show any interest in knowing more about the area you are going to live in or which country are you from. This gives touts the idea about how much they could overcharge.

Barring the safety concerns, Uttar Pradesh has more than enough to entice travellers from different parts of the world. Remember not everyone is out there to scam you! It would take some time to get accustomed to the way of life of people here.

Planning a road trip from Delhi to Varanasi and exploring all the tourist attractions of Uttar Pradesh India will make you a better traveler. You’d learn so much culturally and become a stronger person for sure!

Thanks Wrangler Denims for making this trip possible and all opinions expressed are our own! 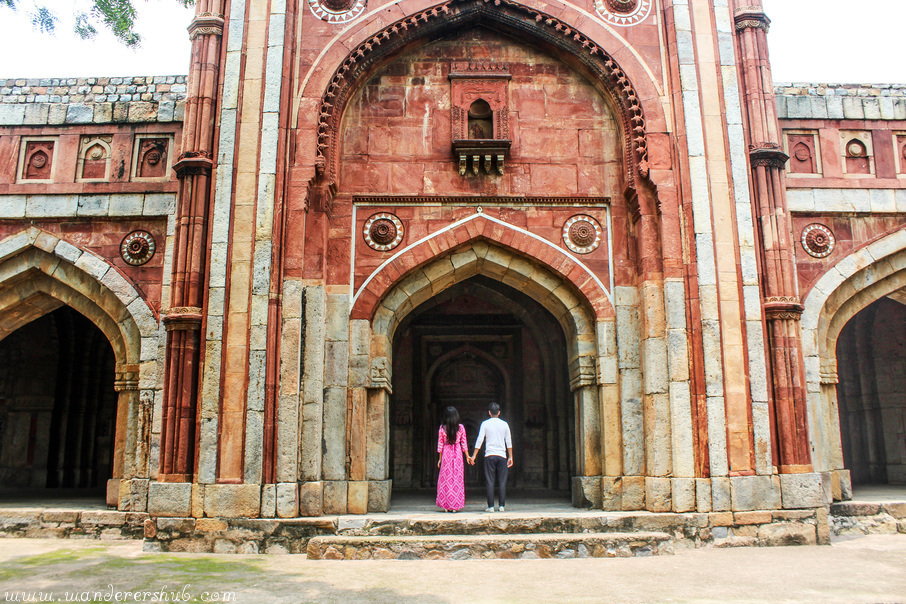